The 3 Best Ways to Run Android Apps on Your PC

Did you know that you can bring Android to desktop?

Yes, there’s an official effort to do this straight from Google. You can run Android apps and even the Android operating system on your current PC. You can run some of your favorite apps and engage in Android gaming. It also allows you to use Android’s ecosystem of touch-based apps on touch-enabled Windows laptops and tablets. We have here three best programs to make you run Android apps on your Windows PC.

The BlueStacks App Player presents itself as just a way to get apps working, but it actually runs a full version of Android behind the scenes. It is available for both Mac and Windows. Bluestacks has a clear focus on gaming with several titles waiting for you to download once you fire it up. It has the Play Store built-in, so you have instant access to all of your purchased content. 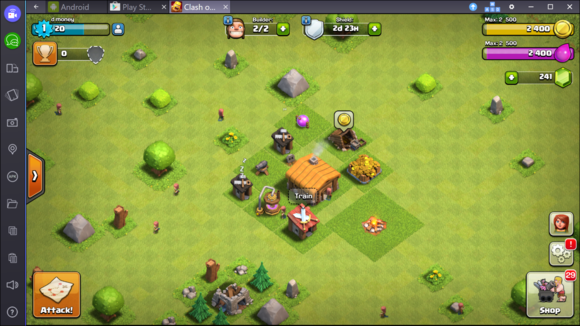 You’ll find dedicated buttons for uploading an APK, taking a picture, grabbing screenshots. You can actually navigate around in this interface just as you would on a real Android device. Moreover, you can install a third-party launcher like Nova or Apex from the Play Store and set it as the default.

Remix OS is a full-blown desktop OS that’s based on Android. Everything you need to be productive or entertained is there, with the Google Play Store available. Which means everything, a complete Android experience. Remix is very stable and runs Android Marshmallow. It’s especially a great option if you want to do some Android gaming.

It has a slide-out notification menu and repurposed the software buttons without significantly changing the way that Android works. Being able to tap into apps like Snapchat that are currently mobile-only is an appealing part of the experience. To set it up You need to disable Secure Boot. Then choose Remix from the boot menu in Windows—basically, you’re dual-booting.

The third best way to get Android apps running on a PC is to go through the Android emulator. The official Android Emulator released by Google as part of the Android SDK. This gives you complete access to the entire Android operating system. The official Android emulator is rather slow and isn’t a good option for everyday use (Gaming etc). It is intended for the developers for testing apps.

Since there’s no Play Store, you need to do some file management. To get started with the Android Emulator, download Google’s Android SDK, open the SDK Manager program, and select Tools > Manage AVDs. Click the New button and create a an Android Virtual Device (AVD) with your desired configuration, then select it and click the Start button to launch it.

If you really want to run Android apps on your Windows computer. I suggest you should go with Bluestacks. For queries and stuff, just drop a comment. Thanks!