Role Playing Games, commonly known as RPG’s are the best way to spend your time. While staying interested, concentrated and to kill you’re time when you’re bored. It keeps you well fascinated because in each and every level. You have to gear up, level up and advance. Earn many powers, unlock secrets and see new stuff.

RPG games fall in hand to hand with the iPhone. With majority of the population of the world. Using Apple Smartphone’s. We’ve compiled a list of best ios rpg games to kill your time and stay interested.

Here is a list of the best RPG games for iOS , iPhone and iPads that you can play in 2019. The list includes free and subscription apps in order of popularity and priorities.

According to Apple’s Appstore, RPG Section, Lords Mobile is the 2nd most popular free game .For iPhone and iPad both. This is a conquest and conquer type RPG game, where you have an open world RPG Multiplayer experience. Buld and Conquer is the main Motto of this game. To create a might Empire.

What I found while coming across this game is that you can,

Basically it is found in the free apps best rpg mobile games for iOS section in the apple’s appstore. But there is also a subscription of US 9.99$ per month. Which will get you a lot of exclusive subscription privileges.

Try out for yourself and tell us your review in the comment section. 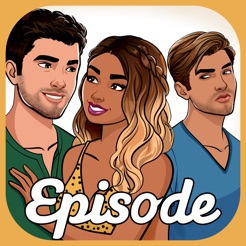 Our next pick is for loners. Just kidding, this iOS RPG game is a simulation of real choice makings, characater designing and choosing how you should go with your love life.

Episode role playing game lets you live stories with love, romance, comedy, drama and adventure. Who dosen’t like to be his favourite character in his own story. Well now you got it. Make choices that matter. Their inventory contains world’s largest collection of stories, interactive ones where one chooses his own destiny. What you can do is

Some of the users favourite stories include THE BABY PROJECT, PRETTY LITTLE LIARS, I MARRIED A PRINCE, DEMI LOVATO: PATH TO FAME, BAD BOY’S GIRL, STARTED WITH A LIE. Give them a go if you opt for this best rpg game for iOS.

Those who haven’t heard of star war’s haven’t lived. Sheldon cooper plays this game. JK idk. Well this is another one of top rpg game for iOS devices. Available on the appstore. But it will cost you a one time fee or 9.99$ .If you own an iPhone or iPad, and you’re a star wars fan. Than what the hell. Give it a try. You can always refund later. If you know what I mean 😉 .

The game will cost you about 2.5 gb of storage. And an active wifi connection to download and play. Supporting different languages. However the main voice is in English only.

Star wars fanatics give it a try for yourself and tell us your reviews.

I am a big fan of Vikings. I love them, especially their accent, their way of beliefs and the lust to fight in battles and in wars. This is yet another Viking Adventure RPG game for iOS.

IGN issued statements as “one of the best tactics games in recent years “. For Banner Saga 2, which certainly earns this iOS RPG game a spot in our list.

Some of the key game features of this app are:

Struggle for survival in a brutal tough and breaking world. The best Strategy role playing game where your choices really make a difference.

Try it and tell us what you think about this awesome game.

Baldur’s Gate proved you could still build a story-oriented puzzle-filled and slash RPG and be a success. I think that’s enough to describe this game. The game is still considered to be one of the best RPGs of all time.

This is an enhanced version of the game. Enhanced means that it is succesfull and a great port to the full game, on the iPAD. The game contain’s a 60 hour adventure which will take a lot of brain power to finish. And you’ll not get bored rather stay interested.

Baldur’s Gate rpg includes in app purchases. Which means that you could get additional stuff in exchange for money with in the game.

I have not really tried this game. There are many reviews on the web saying how it changed the whole role playing games era. This and Diablo. Another great game which slowly decreased its charm. The original release was in 1998. So many years later, you can still play this on your smartphone.

There are much more features which you can experience while playing the game. The game is free, but offers in app purchases. So try it for yourself and tell us what you think about this top RPG game for iOS .

Over and all the above were one of the best ios rpg games for iPhone and iPad devices. Which you can try out for yourself. This is not just based on my opinion. The list has been compiled taking into account different web, user and appstore reviews. There are several other games which may be more famous and well known. But these are new to try out .

So give them a try and tell us in the comments section what you think. If you want to add any game in the list. Then don’t hesitate to give us a clue.