Most of the android users love to play games on their Android devices, these days not only the kids but adults are also into gaming , so today I am here to give you some info about the top, new Free and Best android games to play in 2016, from every category like racing, fighting, puzzle, sports and many others, here the list starts.

See our list of new and popular best android games and let us know which one you like the most. These games are optimized for both Tablets and Phones with perfect graphics.

Today we have for you are Free and Best Android Games to play in 2016. These games are the most popular, free, and highly rated games. You will definitely like them and these games will fit for all kinds of Gamers. These Games will run smoothly on Android Tablets and phones.

So, have a look at our list of top free and best android games.

1-Need for speed No Limits (racing, rule the streets)

Need for speed is a famous series of racing games and need for speed no limits was their recent PC game and now it is available on android phone. NFS no limits is an underground street racing game ,its Graphics are amazing so if you love using Nitro and drifting in the streets, go for it.

FIFA 16 isn’t just the hot new game for PC now you can play it on your Android phone , FIFA is always one of the best football games, In FIFA 16 you can build dream teams of your soccer superstars. In ultimate team mode you need to earn points which allow you to collect, earn and trade toward better and better players. 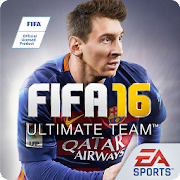 Dead trigger two is an exciting game, it is a first person shooting back to the Zombie apocalypse. Visuals are realistic controls are cool,weapons are of your choice, you can create and upgrade them. It’s a good game give it a try.

Does not commute is an action puzzle game about time and reckless drivers. You have to drive your car from point A to B and the level gets high and a little complicated . In this game you are challenged to carefully avoid every previous car you have played with. If you are familiar with Dungeon hunter game series you will Surely install Dungeon hunter 4. It is a fast paced, action RPG game. Graphics of the game are amazing . After playing this game you will find out that Dungeon Hunter 4 has the best action-RPG gameplay. 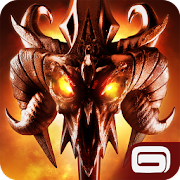 Modern Combat is GameLoft’s game series and Modern Combat 5 is one of the best first person shooter game on Android. Graphics are really great, while playing Modern Combat 5 you will find yourself a part of an action movie. You can play in single mode and as well as multiplayer mode.

Plants vs. Zombies is a revered  mobile franchise for a good reason. The act of protecting your back lawn from hordes of undead with sunflowers and peas is certainly part of that, but you need to be planned in terms of plant choices before the attack begins, and placement. In Plants vs. Zombies 2, you will need to try out all sorts of new mechanics because you are taken back in time to defend against zombies dressed in ancient Egypt.

The zombies are smart and so they will challenge your reaction speed in a number of ways, though you also have a whole new complement of plants to use. Plants vs. Zombies also brings some new plants to the mix like Bloomerang and the Lightning Reed.

Clash of Clans is city-building and strategy game and brings it to a new field of mobile users. As you are leader of your own clan, so you will have to build up  people’s home village by building gold mines and harvesting elixir and  upgrading your infrastructure. You will have to defend your people by training them making an army after that you will be able to launch your own attacks.

Despicable Me is a runner game, if you like minions now play with them . it is a nice runner game , download it and help minions to collect Bananas. The game has a rating of 4.4 on Google Play and it is completely free.

Subway surfers is still one of the best runner games . Jump, crouch, and use different amazing hover boards and unlock new characters. The Game is updated very frequently and with every new update, brings the new city or town to run over and collect coins.

So, these some of the top and most rated free and best android games. Hope you like it. comment below and share your favorite game. Please share it and subscribe to get free apps and games for Android and more news. Sharing buttons are below and Subscription box it at the end. Thanks, Bye!!