How to Fix iMessage Effects Not Working on iOS 10

iOS 10 has been released. Apple’s latest flagship iPhone 7 was the first one to land on with the newest iOS 10 version. Recently there has been an issue with iMessage Effetcs on iOS 10. Many users have reported that they are having problem using effects in imessages in the latest iOS 10 version. This problem may be with you or with another person you sending messages to. Your are he may not be able to see imessage effects.

This problem arises due to some some specific option that turned on on your phone. It reduces the motion, effects and animations on your iPhone iOS 10 to increase performance and battery life. But it doesn’t impact greatly on battery life and phone’s performance. To see how to fix iMessage Effects not working on iOS 10 you would need to follow the simple steps below. Also Get paid apps for free with vShare iOS 10, No Jailbreak. 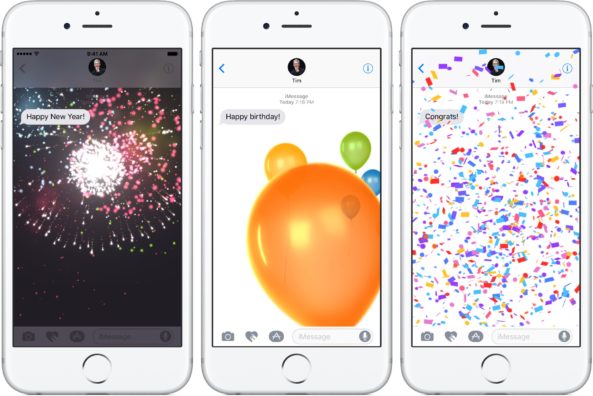 iOS 10 is just released. It has a bundle of new features like, optimize storage, smart download, cloase all taps in safari, unwanted apps hide feature, prioritize downloads, quick actions, bedtime reminders and plenty of other features. Coming to the real topic, iMessages effects not working in iOS 10 is the matter we are here to talk about.

The reason why imessage effects not showing on your iPhone is the Reduce Motion option. You may have accidently turned it on or it is turned on by default then your imessage effects won’t show.

Turning this feature off will result in working imessage effects. So, you can turn it off by following the steps below.

How to Fix iMessage Effects Not Showing in iOS 10

You can follow these steps to turn off reduce motion option. Which will make you effects in messages visible again.

And that is it. You have fixed iMessage Effects Not working on iOS 10. Ask questions in the Comments sections below. Share it and subscribe.