Update: This guide is updated on March 12, 2020 with some new information.

In this post i will show you how to Fix Samsung Galaxy Stuck on Boot Screen/Samsung Logo. Many users are facing this problem, this problem usually occurs when we update our phone or install a Custom Rom. First let me talk a little about Samsung Phones. Samsung is a leading multinational Technology Company. The Android Phones offered by Samsung are also on the best phones in the Market. Now a days there is a great competition between Android Phones and all the phone brands are struggling to be the best but as we know Samsung is giving them a tough time, especially with the Samsung Galaxy S and Note series, it is very hard for another Android Phones to get to the top.

I am not saying that other Android Phones are not good !! Yes, they are very good, OnePlus in this case is my favorite. I am not quoting any iPhones here, Android boy biased here !! Duh.

The reason for the success of Samsung Phones is that it offers an easy and open Hardware and software system. The point I am focusing on is one can easily flash a firmware on the Samsung Galaxy Android device with a little searching on Google rather than any other Android device. The result for this is that when a person get to know something better ultimately he demands for that thing. So, the more the people understand the device the more they will demand it. 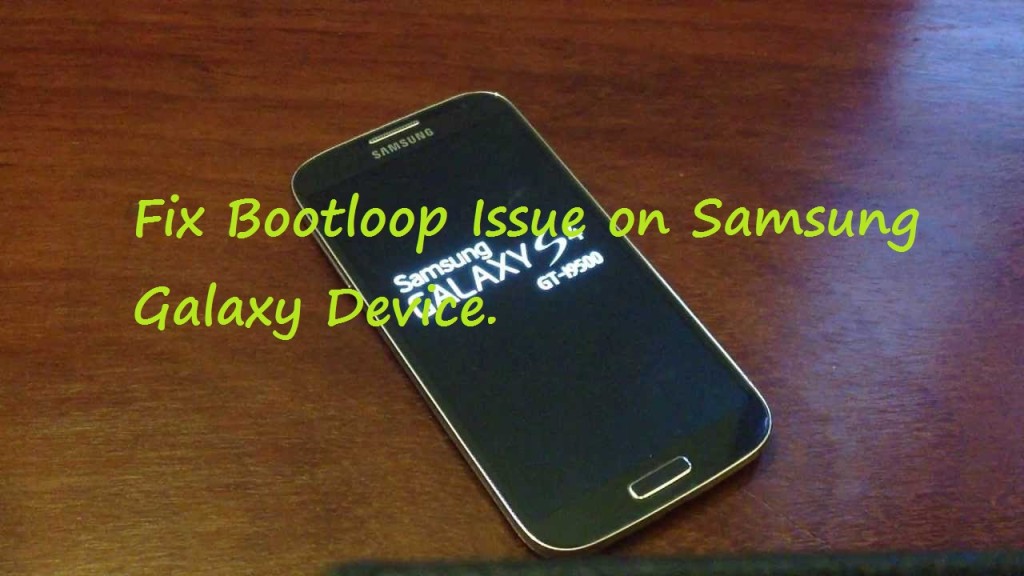 Any ways let us proceed to the solution of the main problem that we are discussing here.

This problem is very common. It usually occurs when we flash a firmware on our phone or install a custom rom. The main reason for this problem is that the old firmware cache files do not respond to the new firmware. This means that when we install a new firmware or custom rom, it removes the old firmware, its features, functions and replaces the old files with new files but the files that are present in the cache remain untouched and when our phone boots up those files clash with the new firmware files and as a result the system gets confused and keeps on loading and loading and does not boot up.

Follow the instructions below to Fix Samsung Galaxy Stuck in Boot Screen/Samsung Logo. This method works with almost all Android Samsung Galaxy phones, both older and newer.

Wiping data/factory reset will erase the phone storage and your data will be lost. Unfortunately this is the risk you have to take hoping that you already have a backup of all your data.

So, this was our tutorial to Fix Samsung Galaxy Stuck on Boot Screen/Samsung Logo. By doing the above process your phone will surely boot up completely and show the home screen. I Hope that your problem is solved. If you still have this issue then mention your state in the comments below. I will help you out.