I know that your craze of playing Pokemon Go has not yet cooled down. And why should it be, nobody hasn’t yet tired of playing this game and that is why new tweaks and hacks are being developed for Pokemon Go. PokeDetector is a tweak recently developed that gives the nearby pokemon notification whenever there is a new pokemon around you. Cool isn’t guys. Now whenever you are going somewhere with a though in your mind should i search for pokemon or not, this app will let it possible by notifying about the nearby pokemons.

Pokedetector app is an app for pokemon go that notifies about the pokemons present near. This app is yet unofficial so we can say that is a tweak or hack. The app has a similar name as pokepatch that is for jailbreak bypass on iphone. Now one thing you shouldk know is that this app is currently for Android Only. So, iOS users should have to compromise on this one. If you want to know how to download poke detector pokemon notifying app then below instructions are at your service. 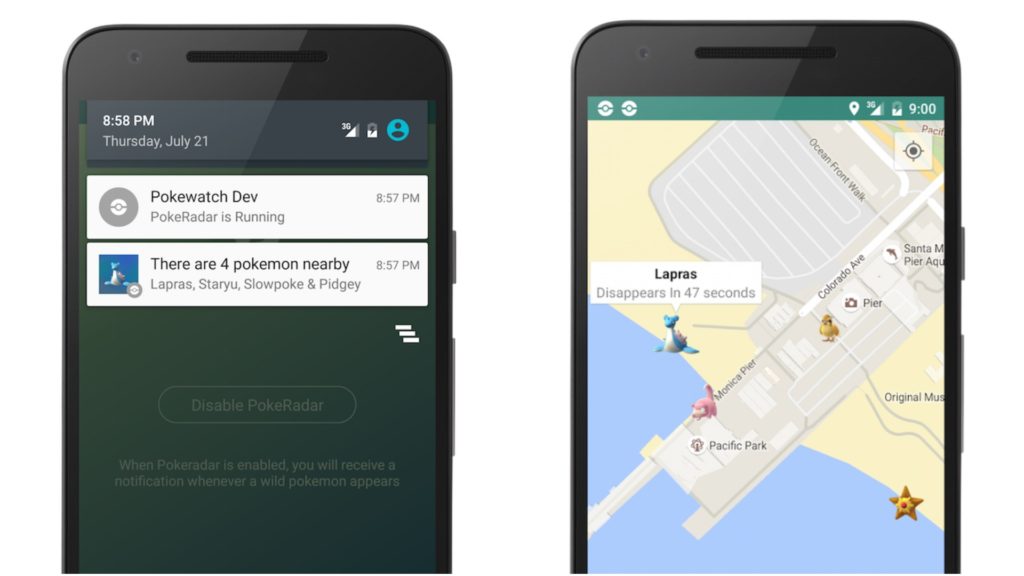 The nearby pokemon notifications hack for pokemon go have made catching pokemons easier than ever. Let your phone be in your pocket while you go on pokemon hunting.

The features of this app are pretty cool. You can filter out the pokemons you like to get notified about or set it to default to get any nearby pokemon notification with PokeDetector. Anyway, enough of the talk guys, let’s do the work we all are here for.

Below are the steps to install poke detector app on your android to get notified about the pokemons near you at any time.

So that is it. Hope you the tutorial to install pokedetector notification app for pokemon go. Incase you face any problem drop a comment below. Please share it and subscribe if you are into tech and gadgets.