LG G4 is the Popular Android Phone of 2015 and its successor LG G5 will now come in 2016. International LG G4 has already got the Marshmallow update and recently the T-Mobile version of LG G4 with model no H811 got the official Marshmallow update (H81120i). The update is not yet available to all of the regions but users who didn’t get this update and want to Update T-Mobile LG G4 H811 to the official Android 6.0 Marshmallow can do this manually by following this guide. I will show you the easiest way to update G4 H811 T-Mobile version to the stock Marshmallow firmware. And trust me guys the method which I am going to state here is the easiest and the safest method.

You may be familiar with flashing KDZ files on LG Phones. Mostly this process was done by the LG Flash tool but now there is another awesome tool for flashing KDZ files on LG phones. The tool is called LGUP tool. And it is very easy to flash the marshmallow kdz file on LG G4 via the new LGUP too because you don’t even need to go into download. Today we will manually update T-Mobile LG G4 to marshmallow via LGUP tool by flashing the stock Android M KDZ file. Just follow the instructions below carefully.

The new marshmallow OS has brought a lot of improvements changes and features. Some new features in Marshmallow LG G4 includes the power saving mode DOZE, app permissions, now on tap etc and many more. Although it has also been heard that international G4 holders are complaining about bad battery life of Marshmallow OS and we don’t know yet how it will be on T-Mobile G4 version. But as it is the starting update, so if battery issue is the case then it will surely be fixes in the future updates. So, guys enough of the talk. Now let’s stat the process to update T-Mobile LG G4 H811 to official Android M. Read the disclaimer and necessary instructions before proceeding.

This method is only for T-Mobile version of LG G4 with model no H811. Do not try this on any other model. You should only do this if you are an advance user and know this kind of process. If something goes wrong with your phone during or after the process then Droidopinions.com will not be responsible for this. Do it at your own risk only. You phone will not lose its warranty as the firmware is official. Thanks

Follow the steps below to manually update your T-Mobile LG G4 H811 to stock marshmallow OS. 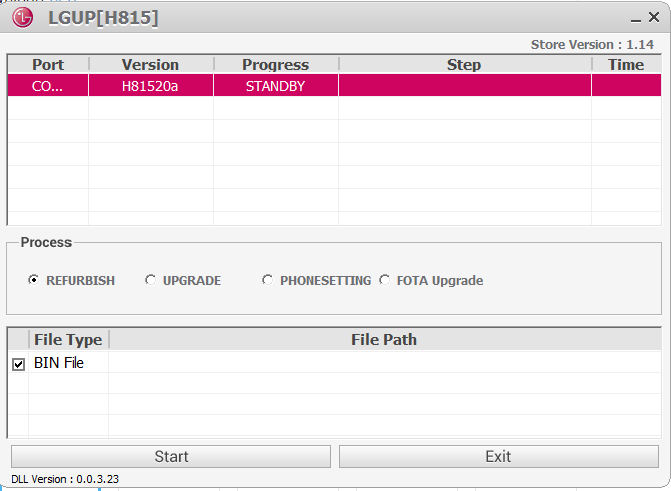 And that is it. You have successfully done the whole process and now your phone is on new Marshmallow. Head over to settings>about phone and confirm the new software version. Hope you like our tutorial to update T-Mobile LG G4 version H811. If you have any question then ask in the comment sections. Please like it and share. Subscribe to our blog to get interesting knowledge about Android. Sharing buttons are below and the subscription box is below. Thanks, Bye!!