If you are stuck on the same phone or just fed up with its theme, them surely you wanna try some customization by installing lightest android launchers that save battery. And if your phone’s battery is not good at the same time, then these top 5 Battery Saving Android Launchers would be a win-win for you. By installing the launcher on Android phone, you can completely change the theme and UI of your phone.

Today I will share with you the best Battery Launcher for Android to save power for good battery life. Longer battery life is something that I have always tried to achieve but for doing that, one necessary thing is not using live wallpapers or themes because these drain a lot of battery. And I cannot sacrifice the cool look of my phone’s screen by doing that. So, I have come up with some great Battery Saving Android Launchers that would increase the battery life of your phone and giving a cool look at the same time.

One of the best thing about having a good and fastest launcher is that it makes your phone faster. It makes your phone stable and improves battery. And at the same, it customizes the User Interface of your phone. Thus making your phone even more amazing. And you know what, you can even turn your phone into and iphone by using an iOS Launcher.

When I refer to best Battery Saving launcher for Android, I mean the launchers that are fastest, lightest with built-in battery saving features.

Why you Should use a launcher that saves battery;

You should install a launcher on your Android phone or tab because it,

One thing I like about Android launchers and I consider these better than custom roms is you can always easily revert back to your stock home launcher which is not the case in custom roms.

Without taking much of your time, let me give you a list of best Android Launchers for battery saving in 2022. You can check out these and chose whichever you like.

All these lightweight battery saving launchers are sorted based on users reviews and my own experience.

One of the best, fastest launcher that users are using for years is Nova Launcher that improves battery life. The launcher is packed with bundle of features and performance hacks and yet it is lightweight and very low on battery power consumption. It also enhances the speed of your phone, is very stable and best android launcher for battery life

A list of features that makes this launcher even more awesome are below.

This launcher is Discontinued!!! 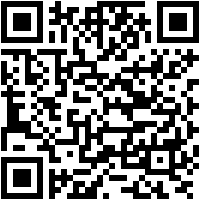 Power+Launcher Battery Saver is a new launcher that is specifically meant for lessd power consumption and more battery life. It is one of the best Battery Saving Launcher for Android. It is packed with quite amazing features that you don’t get in other launchers. Especially the battery saving features are awesome.

If you want a best launcher for battery backup then you should probably give this a try. Its also very fast and lightweight and stable on most android phones. 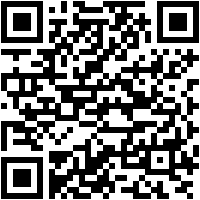 If your launcher t is fancy, has cool animations and features packed. Then ZenUI is you shot. And I do not want to talk much about this launcher becasue it itself is Google Play’s top ranked launcher with 4.7 rating.

ZenUI may not be the perfect battery saving launcher for android that uses low cpu and ram but is surely the fastest. And with its features and optimization, your battery will surely just last long enough compared to the stock launcher.

Key features of this launcher are,

If you are looking towards the simplicity and performance then none other launcher is better than  Smart Launcher 3. It is an update of Smart Launcher 2. Smart Launcher is very light android launcher and easy to use with just one tap away from any app you want. Accompanied by a  very sleek and impressive interface with innovative design that makes your android intuitive and well managed. You will like this launcher definitely. Just give it a try.

This launcher is a good battery saving android launcher. Smart Launcher 3 has many features. ap15 is a new addition to out list of Battery Saving android launchers. This launcher has a very minimal and simple design to enhance efficiency, speed and battery performance. AP15 launcher is a very lightweight and small launcher that does not drain battery. It has very unique design and falls under our list of 10 Best Unique Launchers for Android. It has very good rating of 4.5 on Google Play which means it is liked by users a lot.

Microsoft Launcher is a very capable batter saver launcher developed by the one and only Microsoft Corporation. It has a very high quality production home screen experience. The user overlay of this launcher is my favorite. It has all the features that you need, dark theme, wallpapers, icon packs etc. Microsoft launcher has a very high rating of 4.7 meaning that users are loving it.

So guys that’s it. Hope you like our list of Best Battery Saving Launchers for Android that uses low cpu and ram for better battery life. If you know any other good battery saver launcher then do share in the comments below. Subscribe to our blog for more interesting android topics. For now, Bye and Take good care of yourself.