The latest version of Pokemon Go++ ipa for iOS is released. This hack is also known as PokeGo++ 2.0 ipa iOS.  There are new improvements in this version. Luckily for iOS users, Pokemon Go 1.139.0 can be hacked via Pokemon Go++ hack also called Poke G0++ ipa iOS. This hack can be installed without jailbreak on an iPhone and iPad. You just need to follow the instructions below. Cydia Impactor a tool that is used to install unsigned sideloaded custom apps on iPhone and iPad without jailbreak access.

The new Pokemon Go update update comes with some new features like whenever you catch a pokemon of specific type you get a Catch Bonus. Similarly you can now bring up to Six pokemons in a friendly Gym battle. Moreover there have been Audio improvement, bug fixes and Egg and Incubator screen update. To install the Pokemon Go ++ hack on iOS. Read further below. 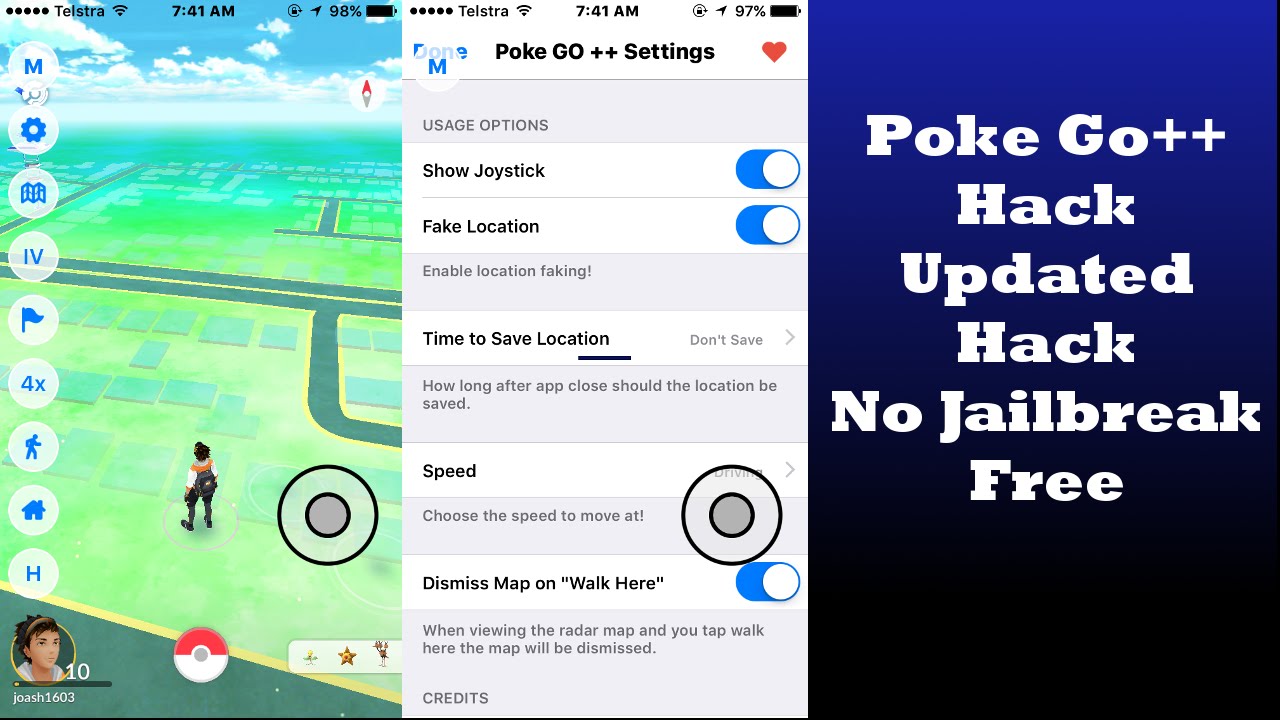 Poke Go++ 2.0 hack can installed for Pokemon Go to bypass real life walking. You will have a joystick for moving around. But since Pokemon Go is an online augmented reality game. There are chances that these hacks would get you softban because Niantec’s Antihacking system is pretty tough. You can also use Tutuapp to hack Pokemon Go without Jailbreak. On Android tutuapp has stopped working now but Fly GPS can be used instead.

Now let us begin with Pokemon Go++ hack using Cydia Impactor. Follow the instructions below. For doing the process you will need a PC or Mac and iPhone/iPad device running latest iOS version.

Delete any previous pokemon go before installing the latest one.

How to Hack Pokemon Go with Poke Go++ Hack

Follow these instructions below install Poke Go++ hack on your device.

Note: Delete any previous Pokemon Go installed from your phone.

Hope you like this tutorial to install Pokemon Go++ hack on iPhone or iPad. Drop your comments below. Please share it and subscribe to our blog.

What is Pokemon Go++